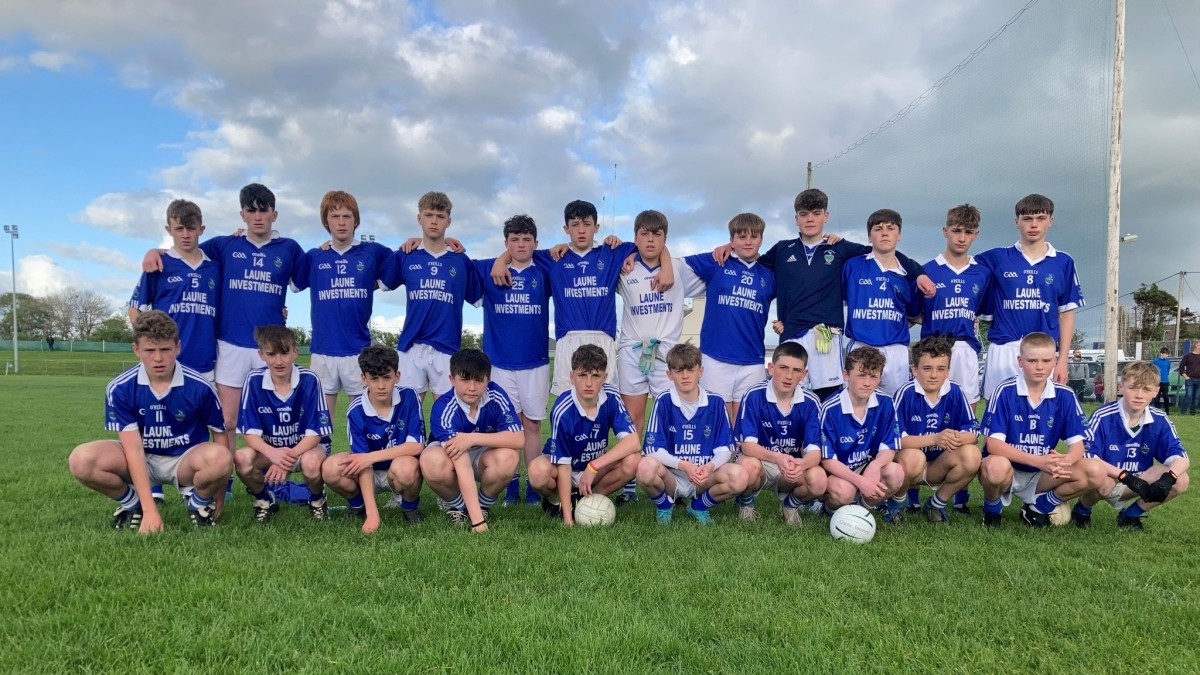 Having missed out on the Division 1 Semi Finals and finishing 3rd in Division 1B, Laune Rangers hosted An Ghaeltacht in the Division 2 Semi Final on Wednesday evening.  However, a last minute goal saw the visitors through to the Final.

Early points by an Ghaeltacht gave them the lead but, after forcing a great triple save by the Ghaeltacht goalkeeper, Adam O’Neill scored Rangers’ first goal to put the home side ahead.  O’Neill added a point before it was cancelled out by one at the other end, but Laune Rangers scored two goals in the space of a minute to race into the lead – Tomás Joy tapping the ball to the net before Charlie O’Sullivan caught the ‘keeper off his line and put the ball in the net from long range.  Adam O’Neill and Jame Flynn each traded points with the visitors to see Laune Rangers leading by 3-3 to 0-5 with fifteen minutes played.

An Ghaeltacht scored four consecutive points (1 free) to halve the gap and, after Tomás Joy had pointed a free at the dressing room end, the visitors knocked over a free themselves to leave three points between the sides at the break.

Tomás Joy pointed either side of a pointed free for the away side and, although James Jones added to Rangers’ lead with a point, the Ghaeltacht goalkeeper saved twice more from point blank range to stop the home side from pulling away.  An Ghaeltacht pointed a free before scoring their first goal to leave Laune Rangers leading by the minimum at 3-7 to 1-12 with a quarter remaining.

Points were traded between the sides (Adam O’Neill for Rangers) before An Ghaeltacht struck for their second goal to take the lead.  Tomás Joy (free) had his point nullified by one at the other end, but Adam O’Neill and Patrick O’Donnell both pointed to level matters with five minutes to play.  Adam O’Neill pointed Rangers ahead deep in injury time but play went on and, with 64 minutes on the clock, An Ghaeltacht broke through the Laune Rangers defence to hit the net to go ahead by two.  Rangers got the ball downfield for a final attack but, after Bryan McKenna’s attempt dropped over the crossbar, the final whistle was blown to give the away side the victory.