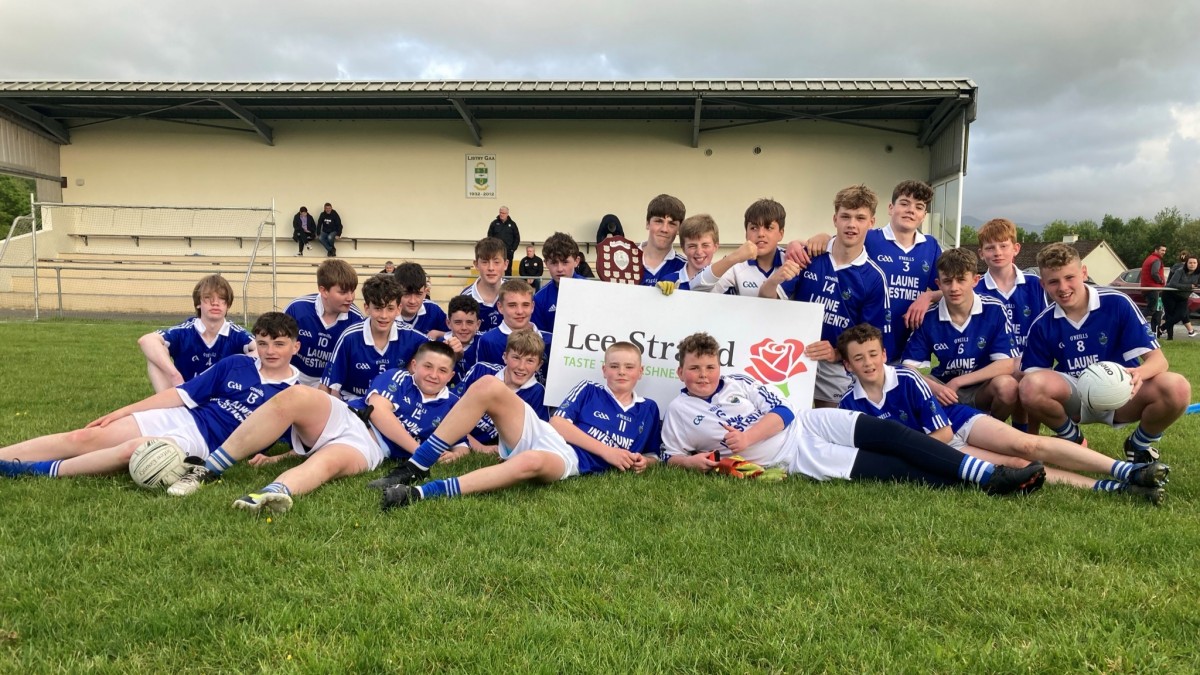 A difficult cross-field breeze caused difficulty to both sides, but Laune Rangers adjusted to the conditions quicker, scoring two early points.  There was no score for a ten minute period thereafter, before Stacks halved the deficit to leave Laune Rangers leading by 0-2 to 0-1 with fifteen minutes played.

A well taken point by Liam O’Connell was quickly followed by the first goal of the game, as Alex Garry applied a great finish to ripple the net.  Conor West increased the Rangers lead with a point but Austin Stacks replied with two points (1 free).  However, Laune Rangers had a great end to the half, as James Jones finished excellently to the net for a goal before provided a superb pass to Conor West who  made no mistake with his own finish.

Alex Garry opened the second half scoring with a point before scoring Rangers’ fourth goal.  James Jones scored his second goal of the game with some excellent footwork before slotting his soccer style shot to the Stacks net.  Adam Radny pulled off a great save before the shot from the rebound went over the bar.  James Jones added a well taken point but Austin Stacks began their fightback by scoring a goal and point to leave Rangers ahead by 5-6 to 1-5 with a quarter of the game to play.

Austin Stacks added a brace of points before Rian Hogan scored his side’s final point of the game  There was now 4 goals separating the sides but Stacks were on all out attack.  Goals in the 51st, 53rd and 54th minute made for a thrilling final few minutes, but Laune Rangers held on to claim a hard earned win.

There were a number of eye catching performances on the evening, as the double goal-scoring duo James Jones and Alex Garry combined their skill in front of goal with some fabulous football outfield.  The youngest member of the team Conor Murphy – still U13 – stepped up with a great effort at wing back.  However the stand out performance was that of full back Ned O’Grady, who combined some great game reading – particularly in the first half – with much needed composure in the latter stages to defend from the aerial bombardment in the Rangers square. 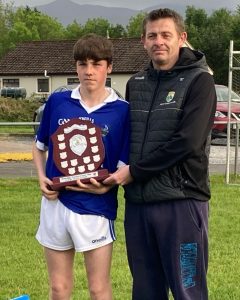