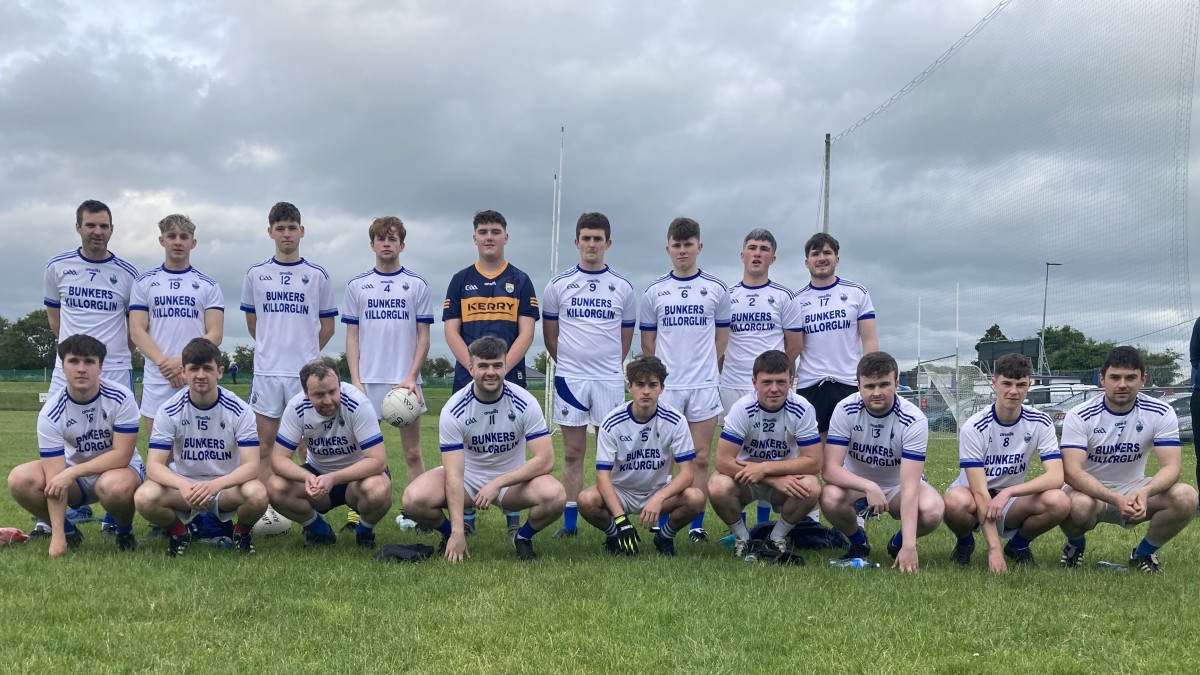 Laune Rangers opened up their Mid Kerry Junior League campaign on Tuesday evening with a win against Glenbeigh/Glencar in JP O’Sullivan Park.  With the majority of the players that played 80 minutes for the Under 21s the previous night given the night off, Laune Rangers fielded a team mainly composed of the remaining players on the squad.

Although Laune Rangers opened with well taken points by Colm O’Shea and Mikey O’Donnell, Glenbeigh/Glencar had the better of the opening stages, scoring three points before adding an excellent goal.  A Cian O’Shea pointed free was cancelled out by one by for visitors to leave Glenbeigh/Glencar leading by 1-4 to 0-3 with fifteen minutes played.

Points were traded between the sides twice more (Colm O’Shea with both for the hosts) before the away side scored another, but Laune Rangers finished the first half with a well taken goal by Cillian Foley.

Colm O’Shea pointed a free to halve the deficit at the start of the second period, before Half Time substitute Mike Frank Russell linked up well with Colm O’Shea before tapping the ball to the net to give his side the lead.  Gabe Griffin had a point nullified by a free at the other end, while Cian O’Shea had a pointed free also cancelled out by a point from play for the visitors.  Glenbeigh/Glencar added another point to leave Laune Rangers leading by 2-8 to 1-10 with fifteen minutes remaining.

Glenbeigh/Glencar hit a purple patch and scored three points in succession to lead, but Rangers finished the game strongly, and slotted points through Marc Clifford and Cian O’Shea to level matters, before Mike Frank Russell stepped up to score an outstanding pointed free from the sideline that gave his side the lead with a couple of minutes to play.  Rangers held on to claim victory.