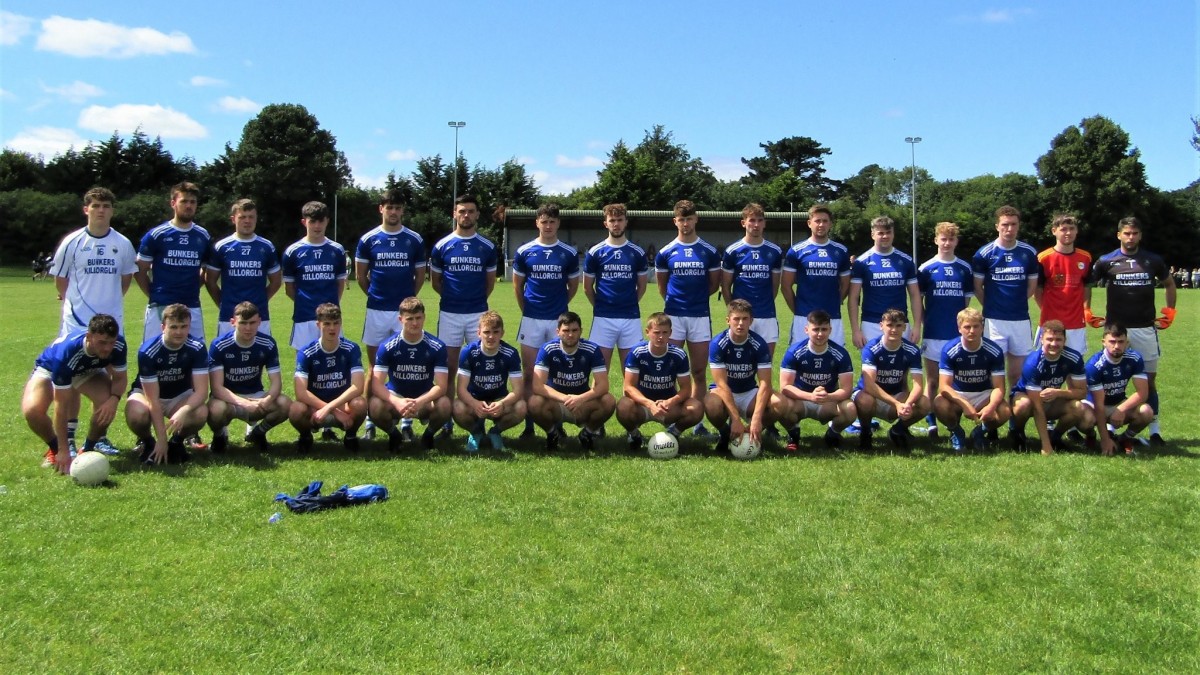 Killarney Legion got the better of Laune Rangers in Pete Coughlan Park, Beaufort on Sunday as the experience and strength in depth of the Killarney side proved crucial on a warm afternoon.  Legion had the luxury of leaving big players such as James O’Donoghue and Conor Keane on the bench as Sam Benson started for his Senior debut, whereas the Laune Rangers side – already without key players including Gearóid Hassett and Dáire Cleary – had to make do without Peter Crowley who had been named in the team but missed out.  He was replaced by Eoghan Hassett who was making his Championship debut, as were Ryan Diggin, Calum Moriarty and Darragh O’Grady.

Legion led by five inside of four minutes as Peter McCarthy and Jamie O’Sullivan (free) points were followed by the Killarney side’s first goal – a wayward short kickout punished by Will Shine who chipped the ball over the retreating Jason Browne into the net.  Laune Rangers, indeed, had yet to possess the ball at this point and found themselves with a mountain to climb, but they responded well and got onto the scoreboard with points from John Tyther, Eoghan Hassett and Fiachra Clifford (free), to leave Legion leading by 1-2 to 0-3 with fifteen minutes played.

An extended squad member of the successful Kerry team, Cian Gammell was playing well at midfield and added to Legion’s lead with a well taken point, while Ryan O’Grady added a pointed free soon after.  Calum Moriarty spltt the posts for Rangers, but Legion dominated the remainder of the first half, adding points through Jamie O’Sullivan (2 frees), Cian Gammell and Will Shine (2) to take a commanding lead, although John Tyther added a pointed free at the other end for the Killorglin men just before the break.

Laune Rangers were much improved at the beginning of the second half and scored four successive points through Eoghan Hassett (free), Jack O’Connor, Eoin O’Sullivan and Darragh O’Grady, although a number of wides as well as two dropping into the hands of the grateful Brian Kelly would prove costly.  James O’Donoghue – introduced at the interval – scored a pointed free to settle Legion, before another substitute Luke O’Donoghue scored twice in succession to leave Killarney Legion leading by 1-12 to 0-9 with fifteen minutes to play.

Fiachra Clifford scored an excellent point as Rangers were looking for a way back into the tie, and their big chance came in the 53rd minute as Jack O’Connor’s shot was saved excellently by Brian Kelly and the rebound that seemed to hang in front of the net for an eternity was eventually cleared.  Within 30 seconds of this save, the ball was in the net at the other end – Ryan O’Grady smashing the ball to the net from a tight angle – and a six point swing originating from the stop by Brian Kelly took the game out of sight.

Fiachra Clifford (2) and Eoghan Hassett added to their own tallies with well taken points for Laune Rangers, although Legion added scores from Luke O’Donoghue and Will Shine to keep their opponents at bay.  Eoin Clifford pointed for Rangers as the Killorglin men kept plugging away, and Brian Kelly was called upon to save once more before the final whistle.

Championship favourites Legion were impressive on the day and will be favoured to top the group.  Laune Rangers will hope to have some of their absentees back to action for Round 2 of the competition on 13th/14th August.