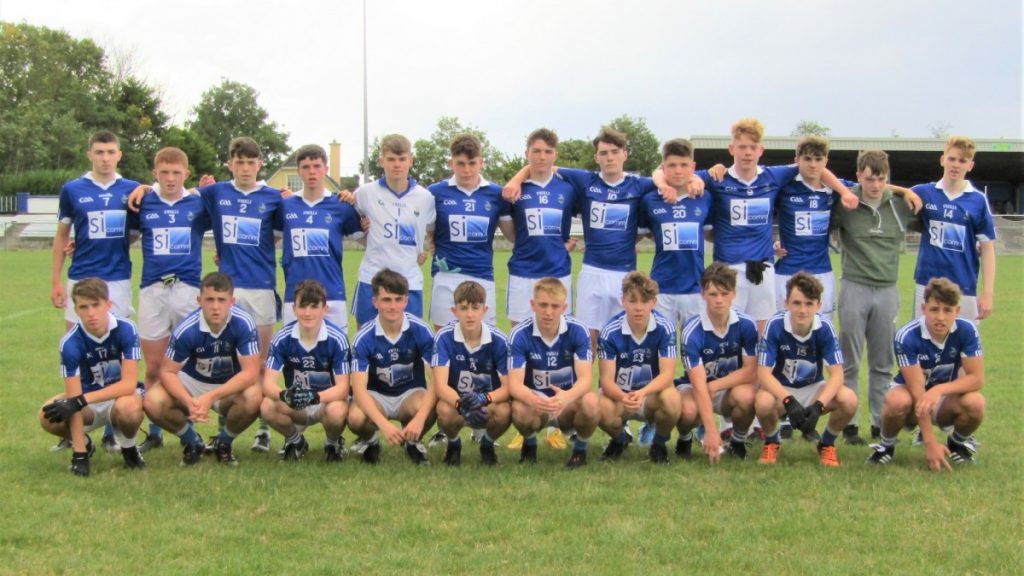 Laune Rangers will take their place in the Semi Finals of the County Minor Club Championship following defeat of Ardfert in a hotly contested Quarter Final on Sunday afternoon, as a second half Eoin O’Connell goal proved the difference between the sides in the end.

A swirling breeze made for tough playing conditions in the first half, although Laune Rangers appeared to have the benefit of it at their backs more often than against them.  Seven minutes had passed before Darragh Clifford pointed a free for the game’s first score, and he added another a couple of minutes later – both well taken scores from over 40 metres out.  The ball was well worked by Rangers in the opening half, and Jack Lynch pointed twice to give the home side a four point lead with fifteen minutes played.

Ardfert began to grow into the game and scored their first point in the 19th minute.  The visitors created a couple of goal chances but they were well dealt with by the Rangers defence.  Patryk Radny added a point from midfield before Ardfert cancelled it out to leave the hosts leading by three at the break.

Darragh Clifford and Oisín Brimingham increased the lead with excellent points before Eoin O’Connell struck for a Laune Rangers goal in the 34th minute with the help of a deflection on the way.  Ardfert replied with a point before Jack Lynch slotted one at the other end, but after that Ardfert gathered momentum and fought their way back into the game one point at a time. Conor Buckley pulled off a great save with the backs clearing the debris, but three Ardfert points (two frees) saw Laune Rangers leading by 1-8 to 0-6 with fifteen minutes remaining.

Ardfert pointed four times more (two frees) to be back with the minimum in the 51st minute.  However, the astute Laune Rangers defence cut out every attempt at goal, and would stop Ardfert from scoring an equalizing point too.  Laune Rangers closed out the game well, with Darragh Clifford splitting the posts with two frees off the ground from distance to seal the victory.