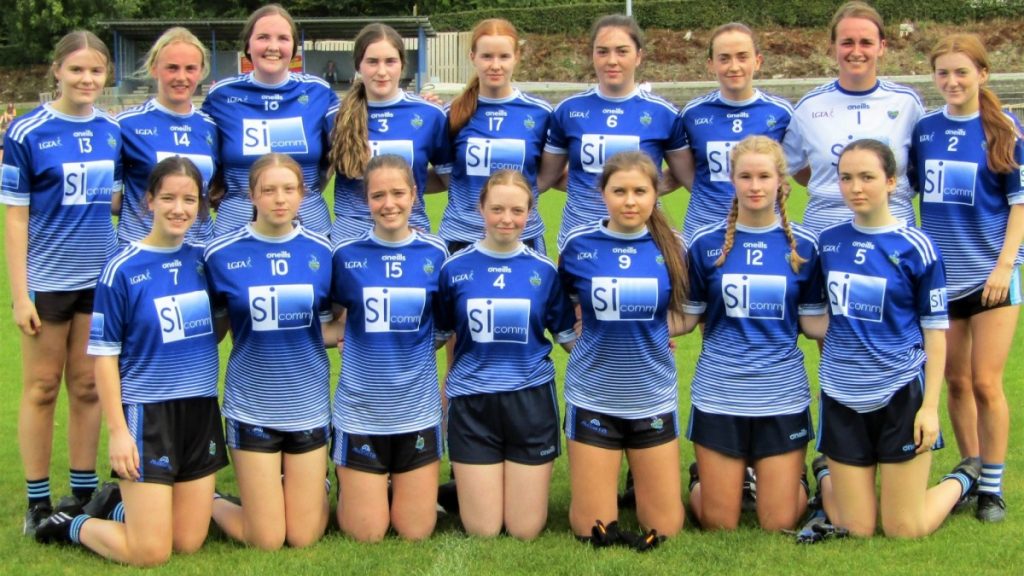 After playing their first game in almost four months a week ago, Laune Rangers Senior Ladies travelled to Killarney to face Spa in the County Junior A Championship.  However, the absence of a large number of Senior players saw Laune Rangers field eight U17s in their starting team against a much stronger Spa team, managed by former Laune Rangers great Timmy Fleming.

Laune Rangers were only four points adrift at Half Time – Spa leading 1-11 to 1-7 at the short whistle – as Fodhla Houlihan (1-4, 2 frees) and Nicole Moriarty (0-2) scoring for Rangers.  The opportunity cost of a late penalty miss before the break was reduced by Sara Leslie who scored the last point of the half.

The second half was one-way traffic as the lack of options from the bench gave Rangers no ability to spring fresh legs – a pregame injury to Nessa Healy and one a couple of minutes in to Amy Kelly leaving Rangers with just 15 fit players left.  A Sara Leslie goal midway through the second half was the highlight for the visitors as she and Fodhla Houlihan (2) added points.  However two goals and a point-taking masterclass by the home side saw Spa run away with the win.

Laune Rangers were best served by Meadhbh Johnston, who was making her first appearance of the season after being part of Kerry’s run to the All Ireland Final.  Rachael Evans also did well, as did the scorers Fodhla Houlihan and Sara Leslie who combined for 2-8.  Spa had stars all over the field, as former county player Cassandra Buckley was lively throughout while the Fleming sisters – full forward Sarah and particularly centre back Karol – put their Killorglin blood aside to drive their team to victory.