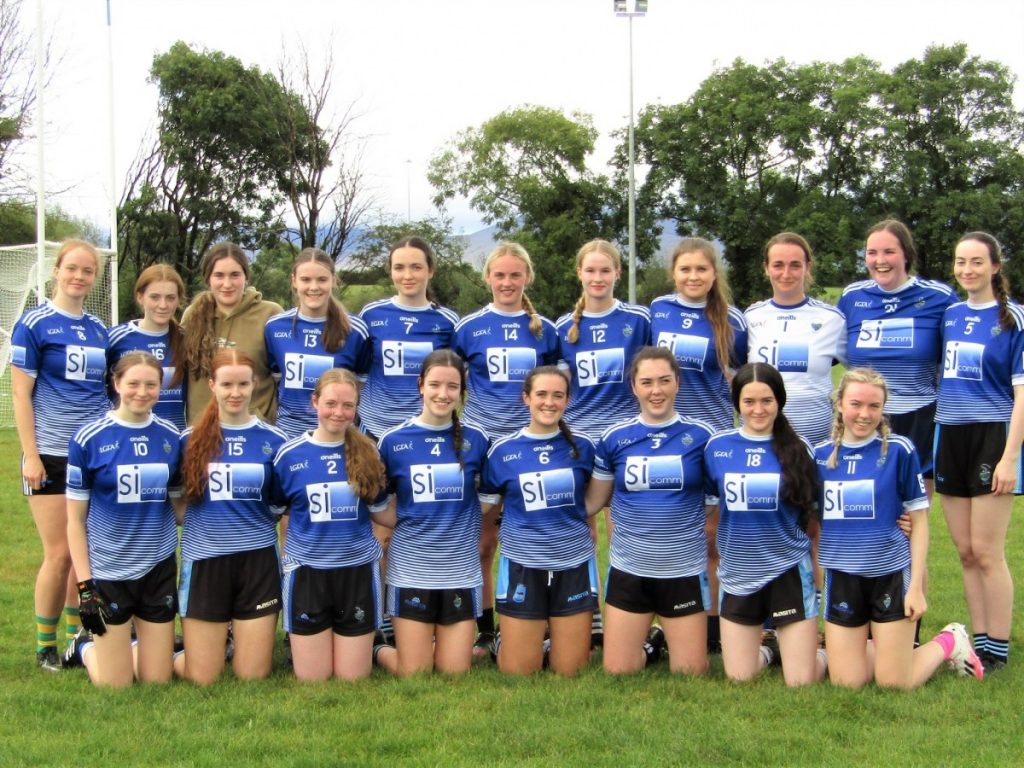 Kilcummin defeated Laune Rangers in Cloon on Sunday afternoon in Round 3 of the County Junior A Championship.  Without some key players in county player Meadhbh Johnston as well as defenders Orla O’Brien and Lucy O’Donnell, Laune Rangers were behind by 1-2 to 0-3 after fifteen minutes as Fodhla Houlihan split the posts on three occasions (one free) for Laune Rangers.

Kilcummin increased their lead to three with a point before doubling it with a goal#.  However, Laune Rangers responded immediately with a goal of their own as Fodhla Houlihan finished a super team move.  However, Kilcummin restored the six point advantage with their third goal of the game and added a brace of points soon after.  Laune Rangers fought back late in the half though, and were back to a goal behind by the break – Sara Leslie (2) and Fodhla Houlihan adding points while Sara Leslie also struck the net for the hosts.

Kilcummin scored their fourth goal at the beginning of the second half and quickly added two points.  A goal from a 30 metre free by Nicole Moriarty gave Laune Rangers hope, but the away side tagged on points at the other end to leave Kilcummin ahead by 4-10 to 3-6 with fifteen minutes to play.

Points were traded between the sides – Fodhla Houlihan (free) for Rangers – before Sara Leslie scored her second and her team’s fourth goal.  Kilcummin pointed before a late surge by Laune Rangers saw Fodhla Houlihan, Ciara O’Brien and Nicole Moriarty all point to trail by just two points.  However, Kilcummin weathered the storm and scored the final goal of the game to secure victory for the visitors.