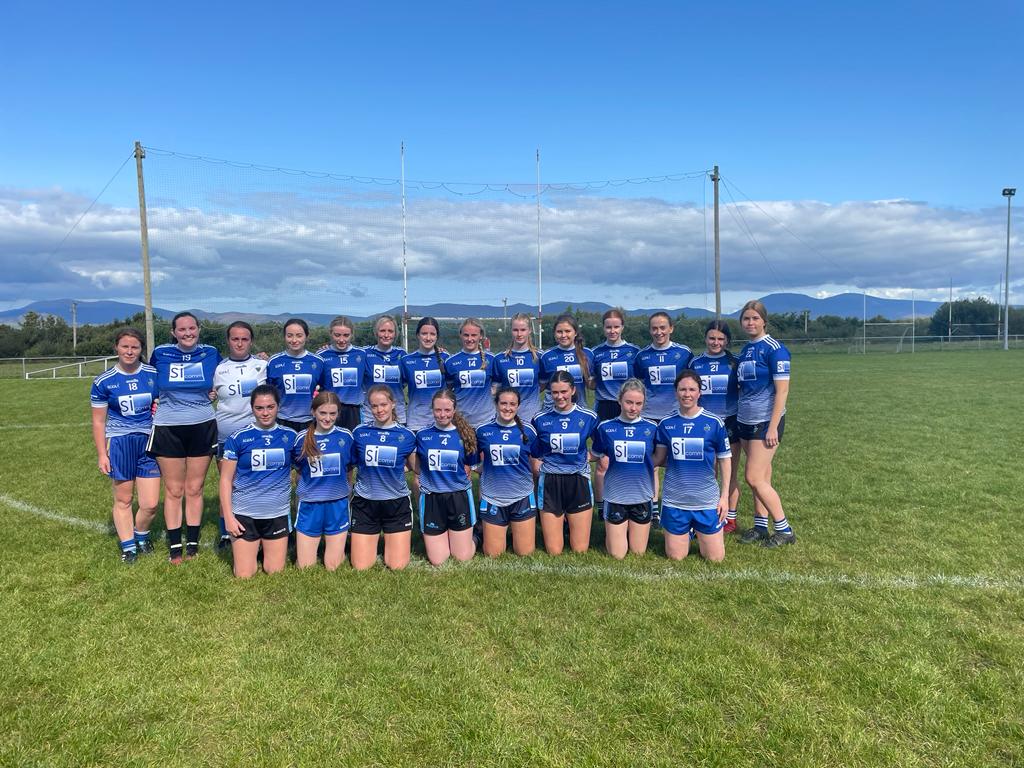 Laune Rangers Senior Ladies brought a fractured season to a close with defeat in the County Junior A Championship Quarter Final to neighbours Cromane in Glenbeigh on Sunday afternoon.

Cromane got off to a flyer of a start as an early goal was added to five points for the home team, while a young Laune Rangers managed to generate three pointed frees through Fodhla Houlihan in the same period.  Cromane tagged on two more points late in the half while Orla O’Brien knocked over a well taken point just before the break.

Cromane pressed ahead at the beginning of the second half, outscoring Laune Rangers by 0-5 to 0-2 (Fodhla Houlihan and Ciara O’Brien scoring for Rangers) and led by 1-12 to 0-4 with fifteen minutes to play.

Fodhla Houlihan pointed a free for Rangers and added an excellent goal from a 21 metre free a few minutes later.  Ciara O’Brien also scored a fantastic goal, but Cromane had too much on the day and added five points of their own before the end of the game.

Laune Rangers introduced Áine Hassett, Tracey O’Shea and Sinéad Corkery for Senior debuts in the 2nd half, and they all accounted excellently for themselves.  It brings the Senior Ladies season to a close after playing eight games.  These were played in two 4 game mini-seasons in Spring and Autumn with no game in the summer months.  Well done to the squad and their management team for staying together all year.