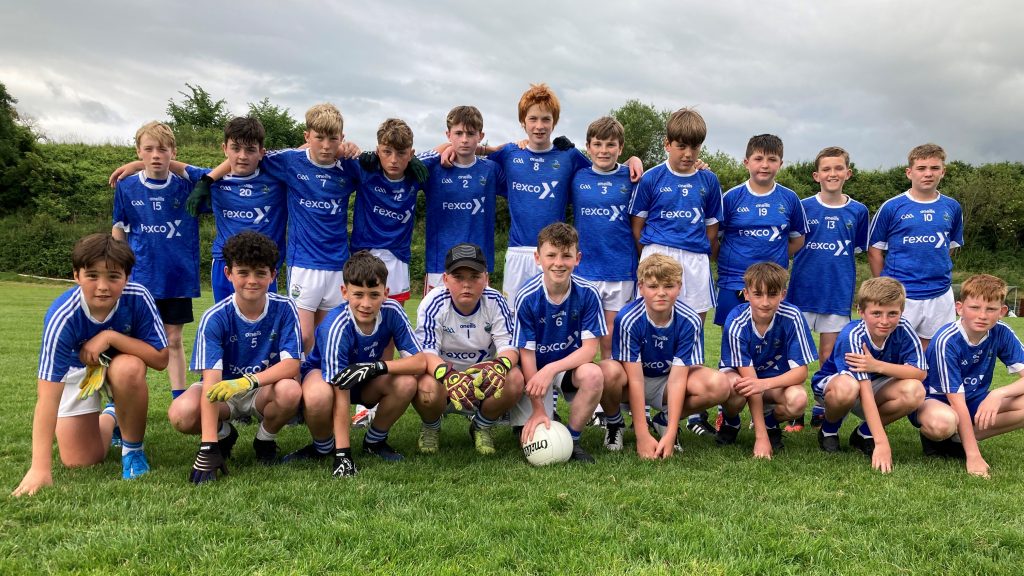 LOTTO: Laune Rangers Lotto Results for Monday 12th July 2021.  There was no winner of the €9,200 jackpot.  Numbers drawn 08 – 10 – 21 – 32.  Consolation Prizes were won by the following: €100 Mary B Clifford – sold by Margaret Browne; €50 Chris Ahern – sold by Kerry; €25 Matthew Cahill – sold by Pat Cahill; €25 Frank Cronin – standing order.  Due to low sales, and our wish to pay out the same consolation prizes each week, we have decided to freeze our jackpot for the opening weeks of the draw until sales pick up.

KERRY: Well Done to Kerry Senior footballers who defeated Tipperary on Saturday in the Munster Semi Final.  Well done to the Senior hurlers who, although defeated, qualified for the Joe McDonagh Cup Final.  Commiserations to the Kerry Senior Ladies who lost by a single point against Galway, especially our own Ciara O’Brien who started corner back.  Well Done & Best of Luck to the 2020 Kerry Minor footballers who defeated Roscommon to reach next weekend’s All Ireland Final, especially our own Eoghan Hassett.  Well Done also to Megan Gillespie who was part of the Kerry Under 14 Camogie team who played Tipperary last week.  Best wishes to Eoin Clifford, David Mangan & the Kerry Under 20 footballers who face Cork this Thursday evening in the Munster Championship Semi Final.

SENIOR LADIES:  Following the last minute postponement of last week’s game vs Annascaul/Castlegregory, Laune Rangers played their second game of the season on Monday evening in Round 3 of the Donal Curtin Cup.  However, it was their hosts Abbeydorney who came out on top to inflict a first defeat of the season on Rangers.  Full Time Score:- Abbeydorney 2-13, Laune Rangers 2-9.  Read the full Match Report HERE

MINOR BOYS BLUE: Laune Rangers defeated Kerin’s O’Rahillys in the final round of fixtures in the Central Region Minor Division 1.  Full Time Score:- Kerins O’Rahillys 2-4, Laune Rangers 2-21.  As a result, it’s a home Semi Final for Rangers, with the opponent not yet clear due to one outstanding game elsewhere to be played.

UNDER 16 GIRLS: Laune Rangers Under 16 Girls were defeated by Na Gaeil on Tuesday evening, but still qualified for the Semi Finals of County League Division 4.  Read more HERE

UNDER 15 BOYS FIXTURES: Laune Rangers Under 15 Boys Blue team have topped the County League Division 1B and have qualified for the Division 1 Semi Finals as a result.  They will host Division 1A runners up Keel/Listry on Wednesday next, July 14th  at 7pm in JP O’Sullivan Park.  The Under 15 White team also topped the Division 9B table and have received a bye into the Final.

UNDER 13 BOYS: Laune Rangers have been crowned winners of Phase 1 of the County Under 13 League Division 1, following victory over Legion in Killarney on Sunday evening.  Read the full Match report from both U13 teams’ games HERE

UNDER 11 BOYS: Under 11 football will take the form of Go-Games this season, with the second round being played last Thursday with Laune Rangers travelling to Milltown/Castlemaine with football skill and smiles on display in equal measure!

UNDER 9 BOYS: Laune Rangers Under 9 Boys faced off against Milltown/Castlemaine on Sunday, with all players getting their first taste of the local rivalry!  Well done to all on a great morning’s football!

G4MO: Laune Rangers are delighted to see our Gaelic for Mothers & Others group train on Monday evenings from 7pm – 8:15pm at the bottom pitch at JP O’Sullivan Park.  This is a fun 75 Minutes of non-competitive football to enjoy and get to know each other!  Contact Selina on 087 619 6676

MERCHANDISE: Laune Rangers merchandise is available to buy directly from the O’Neill’s website