DEVELOPMENT LEAGUE: The final round of fixtures in the County Developmental League Divison 1 took place on Friday evening, as Laune Rangers development team – the ‘C’ Team – travelled to Keel to face their B team, and a strong home team defeated Laune Rangers on the day.  Full Time Score:- Keel 4-16, Laune Rangers 1-12.  Read more in the match report here

SENIOR FIXTURES: Round 8 of the County Senior Football Leagues takes place in the coming weekend.  In Division 2, Laune Rangers A travel to Tralee to face Na Gaeil while Laune Rangers B host Kilgarvan in Division 5 – both games taking place at 2pm on Sunday, June 5th.

KERRY: Congratulations to Kerry on their Munster SFC Final win against Limerick on Saturday.  Commiserations to Kerry LGFA Seniors who were defeated by Cork in the Munster Final, especially our own Ciara O’Brien.  Well Done to Charlie Foley who was part of the Kerry Primary Games team in Fitzgerald Stadium on Saturday.  Best of Luck to the Kerry Minors in their own Munster Final this evening (Wednesday) vs Cork in Páirc Uí Rinn, especially John Burke who is part of the squad.

G4MO: Laune Rangers are delighted to see our Gaelic for Mothers & Others return for 2022.  The group train on Monday evenings from 7pm – 8:15pm at the bottom pitch at JP O’Sullivan Park.  This is a fun 75 Minutes of non-competitive football to enjoy and get to know each other!  Contact Selina on 087 619 6676.  The group took part in a hugely enjoyable blitz on Saturday afternoon in Milltown! 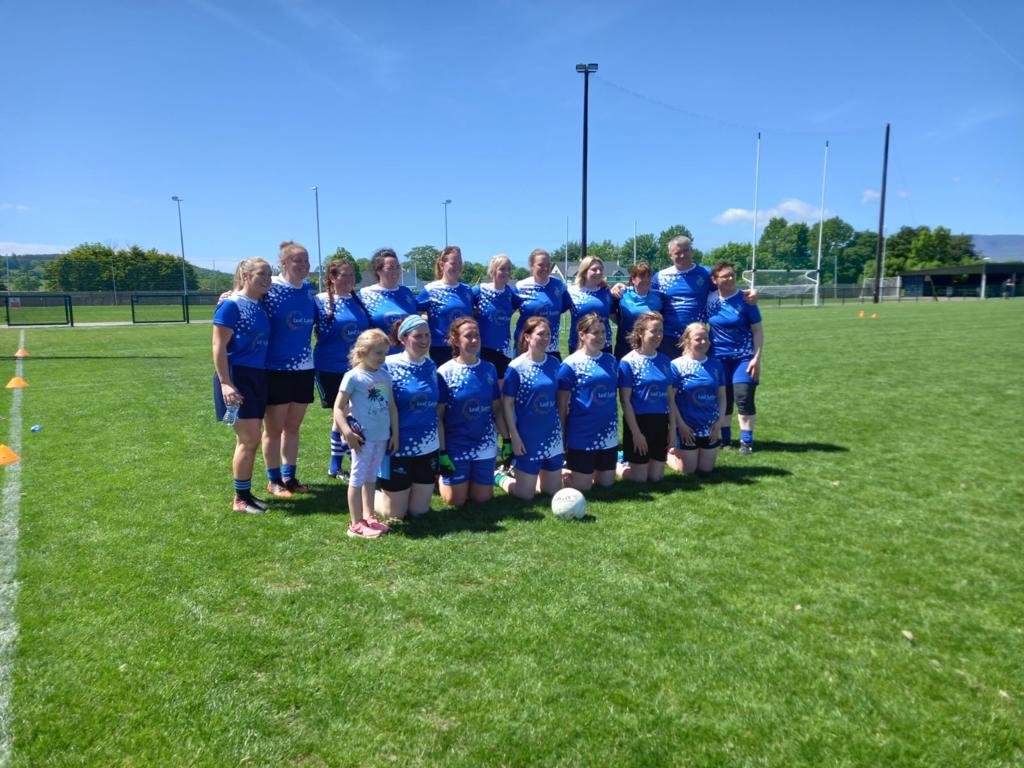 MINOR BOYS: Laune Rangers played their 4th and final round of fixtures in Central Region Minor Division 1 on Monday evening, coming away with a 1-14 to 0-7 win over Keel/Listry in Keel.  The win ensures a home semi final for the team, the details of which are not finalised at time of writing. 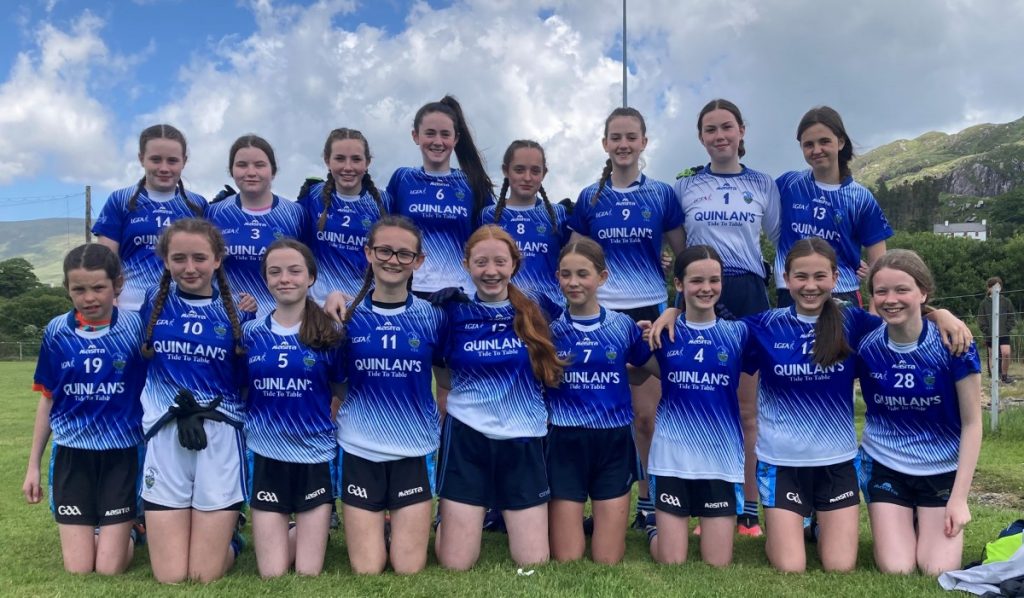 UNDER 13 BLUE: As the old saying goes, “Goals win games”, and that was never more prevalent than in the County U13 Division 1 tie between Austin Stacks and Laune Rangers played in Connolly Park, Tralee on Sunday evening.  Five first half goals for Austin Stacks a commanding lead at the break, as Laune Rangers managed to score three points against the breeze through Pat Costello, Mikey Hynes and Callum Robertson.  Half Time Score:- Austin Stacks 5-4, Laune Rangers 0-3.  Points were traded between the sides in the early stages of the second half, but Laune Rangers controlled possession for the remainder of the third quarter.  However the goals they saught didn’t come as the saw a number of chances go wide, but they did add points through Darragh McKenna, Kieran Patton (2, 1 free), Odhran Foley & Hugh O’Sullivan (2 frees) to narrow the gap.  Austin Stacks pointed twice to book-end a brace of points by Tommy Foley and Callum Robertson before the final whistle.  Full Time Score:- Austin Stacks 5-7, Laune Rangers 0-12.

UNDER 13 WHITE: Yet another game of 2 halves took place for the Under 13 White team on Sunday evening as they enjoyed a win against Austin Stacks in Connolly Park.  Austin Stacks struck first with a well taken point, as Rangers struggled to find their range in the opening 5 minutes. Thereafter, Laune Rangers took over proceedings, scoring 3 points through Tommy Foley, Peter O’Shea and Jack Buckley, before Tommy Foley scored an excellent goal. Liam O’Shea and Oisin Clifford then scored a point each before Odhran Clifford scored Ranger’s second goal. The scoring for the half was finished by a Jack Buckley point to leave Rangers very much in command.  Half Time Score:- Austin Stacks 0-1, Laune Rangers 2-6.  The breeze picked up in favour of Austin Stacks in the second half as Rangers struggled to get the ball past the half way line and found scoring much more difficult.  Stacks scored 1-4 without reply before Rangers scored a goal to ease the nerves and, while Stacks tried their best, they couldn’t get any closer on the scoreboard before the final whistle.  Rangers were down a number of players and had to rely on a number of under 11s including Jack Gillespie, Noah Russell, Daithi O’Sullivan and Sean Kearney, who all played an important part in the win. Man of the match was Mikey Dwyer who kept the Stacks’ tide at bay in the second half through excellent reading of the game and good, clean turnovers whenever the Ranger’s goal was threatened.  Full Time Score:- Austin Stacks 1-5, Laune Rangers 3-6.

UNDER 12 GIRLS: Well done to both Laune Rangers Under 12 Blue and White teams who played Beaufort and the MKL C team last week.   The players displayed great football skills, team work and showed that all the training is paying off.  Both games were very competitive with each player making their contributions to the game. More County League Football games to look forward to this week. 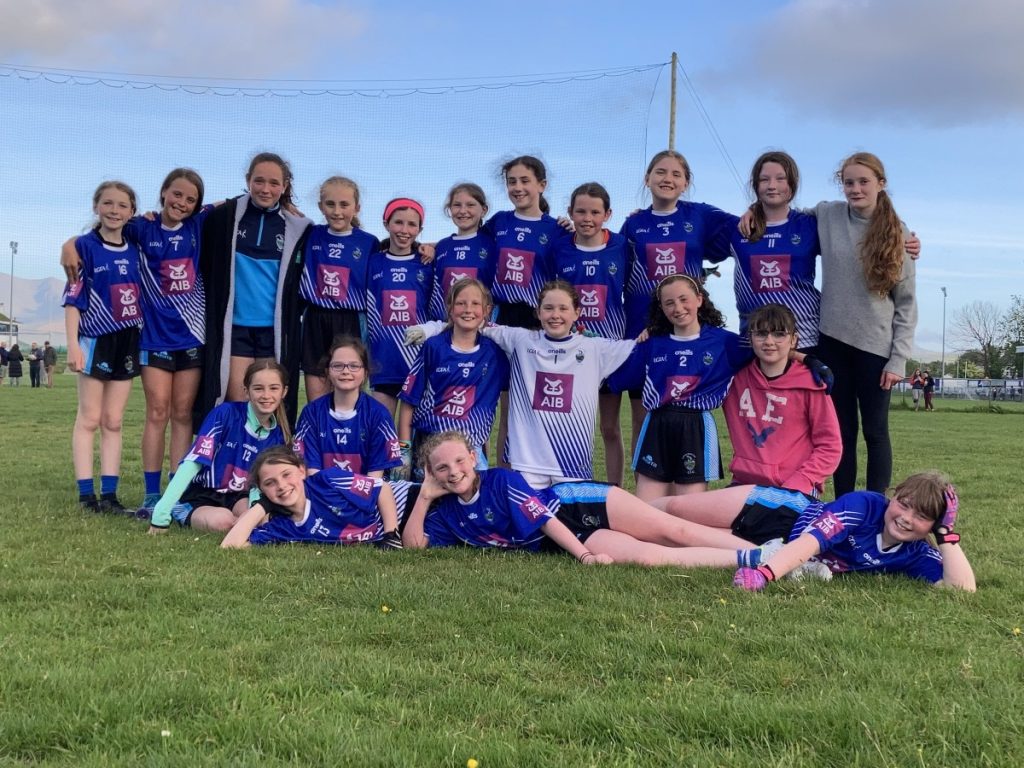 SCÓR NA BPAISTÍ: Scór na bPáistí is taking place on Friday June 10th and is open to young people who are attending primary school and who live in the Laune Rangers area of the Parish. We are looking for children to take part in the following competitions: Solo Singing, Instrumental Music Group, Ballad Group, Léiriú, Sean Nós Dancing and Set Dancing. If you qualify on the night the semi-final will be Thursday 23rd June. If you are not already a member through sports then you can join for €20 for Scór. More information: 087-2300484 Emir O’Shea

GOOD LUCK: Finally, we wish the very best of luck to all beginning their Leaving & Junior Cert exams next week.