SENIOR B: Laune Rangers B team were defeated away from home by Lispole in Round 7 of the County League Division 5 on Sunday afternoon.  Full Time Score:- Lispole 2-16, Laune Rangers B 1-14.  Read the match report here

SENIOR FIXTURES: The County Senior Football Leagues take a break for a week as the Development League returns next weekend.  Round 8 of the SFL takes place on the June Bank Holiday weekend.  The A Team travel to Na Gaeil in Division Two, while the B Team host Kilgarvan in Division 5 – details of both yet to be finalised.

DEVELOPMENT LEAGUE: Laune Rangers travel to Keel for Round 3 of the County Development League Division 1 on Friday next, May 27th at 7pm.

KERRY: Huge Congratulations to the Kerry Under 14 Girls who won the All Ireland title on Saturday with victory over Cork in Páirc Uí Rinn, especially our own squad member Riadh O’Sullivan.  Best of Luck to Kerry who face Limerick in the Munster SFC Final on Saturday.  Best of Luck to the Kerry Seniors who face Cork in the Munster LGFA Final – both Senior Finals forming a double header on Saturday afternoon in Fitzgerald Stadium. 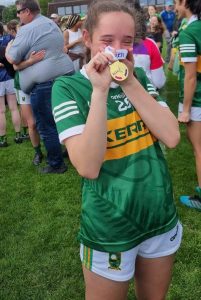 G4MO: Laune Rangers are delighted to see our Gaelic for Mothers & Others return for 2022.  The group train on Monday evenings from 7pm – 8:15pm at the bottom pitch at JP O’Sullivan Park.  This is a fun 75 Minutes of non-competitive football to enjoy and get to know each other!  Contact Selina on 087 619 6676.

MINOR BOYS: Laune Rangers Minor Boys went to Ardfert on Monday evening in Division 1 of the Central Region competition, but it was the home side to eased to victory.  Read more here

UNDER 16 GIRLS: Laune Rangers Under 16 Girls made the trip to Listowel Emmets on Tuesday evening, but a last kick of the game goal saw them defeated after a fantastic game and team performance.

UNDER 13 BOYS WHITE:  Another game of two halves took place earlier on Sunday evening, as Laune Rangers White Team enjoyed victory over Milltown/Castlemaine.  Playing against a strong wind in the first half, Laune Rangers struggled to make headway, as periods of sustained possession failed to yield scores, and they had Tommy Foley to thank for keeping them in the match.   Half Time Score: Milltown/Castlemaine 0-9, Laune Rangers 1-1.  The second half saw the introduction of James Kearney to midfield with Odhran Clifford moving to the half-forward line, and Billy Gannon moving to the full forward line.  These changes, coupled with the strong breeze at their backs, led to the Rangers taking over proceedings immediately from the throw in, with Liam O’Shea scoring a point followed by another from James Kearney before Tommy Foley struck for his second goal.  This was followed by further points by Liam O’Shea (2), Odhran Clifford and Tommy Foley (2), with Milltown/Castlemaine scoring a point in reply, before Liam O’Shea scored a fantastic goal from a 45, which he followed up immediately with another point after winning the kick out.  Milltown/Castlemaine scored a goal of their own, but this was answered by a point from Oisin Clifford – just reward for all his hard work from centre forward – before Odhran Clifford scored 1-1 in quick succession. Tommy Foley scored another point before the scoring was finished by Jack Buckley with a well taken goal. Playing against the wind in the first hald, Rangers had been under pressure and the scoreline could have been much higher for the home side but for some great defending by Mikey Dwyer,  Jaego Ferris and Fionan Quigg in goals.  Despite the difficulties of the half, Rangers never panicked, nor did they allow their heads to drop. The introduction of James Kearney and his brother Sean in the second half  saw a much improved performance from the Rangers, especially from O’Shea brothers Liam & Peter and Tommy Foley, which allowed the team to run out comfortable winners in the end.  Full Time Score: Milltown/Castlemaine 1-10, Laune Rangers 5-12.  Laune Rangers White:- Fionán Quigg, Ciarán Brennan, Mikey Dwyer, Darragh Henken, Daire Carroll, Henry Whittleton, Jaego Ferris, Liam O’Shea, Odhran Clifford, Billy Gannon, Oisín Clifford, Peter O’Shea, Tommy Foley, Myles Cahill, Jack Buckley.  Subs: James Kearney, Seán Kearney.

SCÓR NA BPAISTÍ: Scór na bPáistí is taking place on Friday June 10th and is open to young people who are attending primary school and who live in the Laune Rangers area of the Parish. We are looking for children to take part in the following competitions: Solo Singing, Instrumental Music Group, Ballad Group, Léiriú, Sean Nós Dancing and Set Dancing. If you qualify on the night the semi-final will be Thursday 23rd June. If you are not already a member through sports then you can join for €20 for Scór. More information: 087-2300484 Emir O’Shea

UNDER 10 GIRLS: Laune Rangers Under 10 Girls travelled to Castleisland on Sunday morning for a challenge match with Desmonds, before hosting Milltown/Castlemaine on Wednesday evening.  Some great skill and teamwork were on display by all! 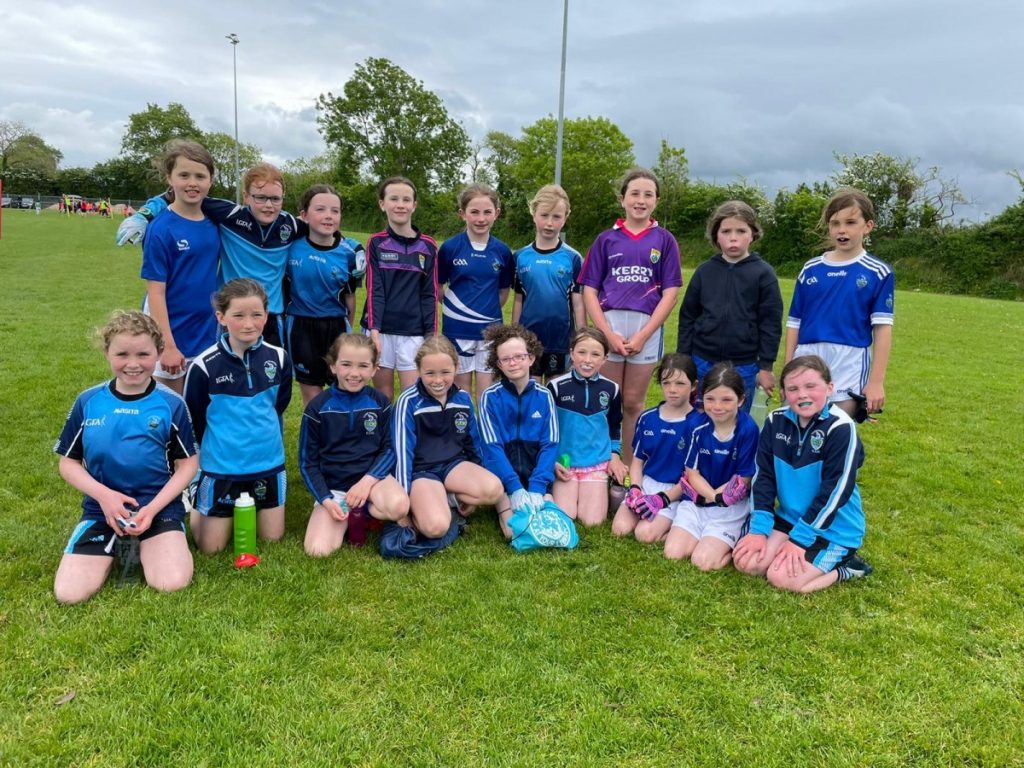